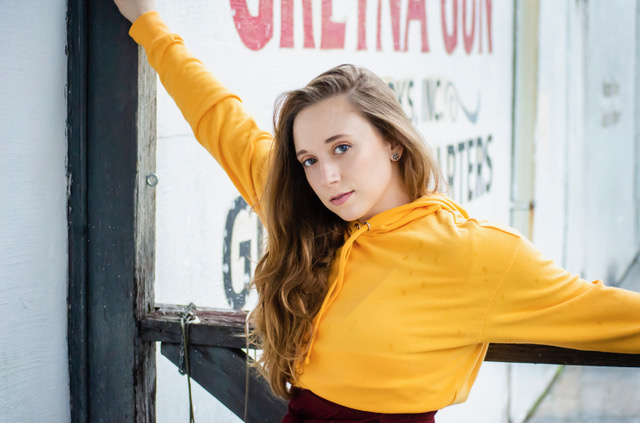 Ashley Justice is a dancer originally from New Orleans, Louisiana, where her early training ranged from commercial styles to classic concert dance. She earned a BFA in Dance Performance and Choreography from Wichita State University. During her undergraduate studies, she premiered a duet titled “Equipoise” at the American College Dance Festival and an evening length show titled “The Unfolding” at the Litwin Theater. Ashley danced with Wichita Contemporary Dance Theatre, with whom she toured internationally and learned repertoire from Alithea Mime Theatre, Clawson Dances, and works by choreographer Darrell Grand Moultrie. She extended her training at summer workshops with Nathan Trice Rituals, Ririe-Woodbury Dance Company, NOW-id, Sidra Bell Dance New York, and Houston MET Dance Company.

After earning her degree in 2015, Ashley relocated back to New Orleans, where she was an active member of the growing dance community. She was a professional artist with Mélange Dance Company and a touring seasonal performer with Lightwire Theater (as seen on America’s Got Talent). She presented an original solo work at RAW Artists-New Orleans and received her first film credit as a dancer in the Oscar nominated film, Mudbound. Ashley is a participant of the New Orleans Dance Network and has served as a dance educator to various studios in the New Orleans metro area.

She is a currently a free-lance dance artist, based in New York City, where she has performed in the Dumbo Dance Festival, New York City Center, and RAW Artists-Brooklyn. Most recently, Ashley presented her first short dance film titled, Shedded Layers, at Gibney Dance, and continues to expand her artistic expression through multiple artistic mediums.